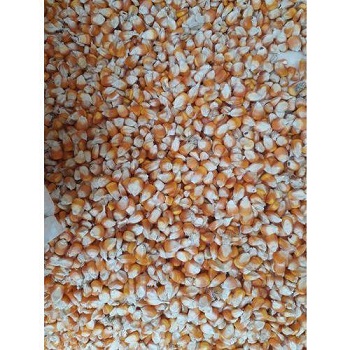 Maize is also popularly known as corn and is a cereal grain. It has become staple food and is consumed little in the amount by humans in comparison to animals. Maize is most used for animal feed. Apart, from consumption maize is also used for preparing ethanol and biofuels.Importance of feeding maize

Choosing the right and the best supplement to feed is a difficult decision while balancing feed range and nutrients with the nutritional needs. Raw maize serves both the purposes as it is has excellent nutritional value and can be purchased at pocket-friendly price.It is usually included in all most all feedlot diets to better the energy concentration in the body. By nutrition level, starch is considered to be an important component of corn. In the feedlot industry, corn processing is used widely to increase digestibility and betters cattle performance.Maize feed characteristics:

For centuries, animals have relied majorly on maize as a source for the following nutrients:• Contains highly carbohydrates for better energy level• Fatty acids for maintaining healthy skin• Vitamin E, Beta-carotene and lutein as antioxidants• Protein for healthy bones and tissue growth in the bodyThere are many types of pure maize cattle feed in Punjab available but some of the common types of maize are:

This entry was posted on May, 12, 2020 at 15 : 34 pm and is filed under Pure Maize Cattle Feed. You can follow any responses to this entry through the RSS 2.0 feed. You can leave a response from your own site.